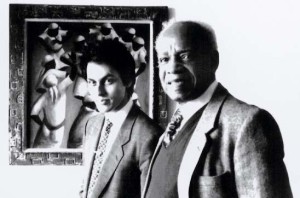 “I didn’t want to be yet another outsider expressing ideas about what Haiti needs or should do,” Marc Ribot says.
The eclectif six-string veteran of New york’s downtown avant-garde and No Wave noise scenes is discussing his current project to aid the youth of Haiti, a country stille recovering from the ravages of the 7.0 magnitude earthquake that struck the island nation in 2010.
“Haiti’s not abundant in natural ressources, but it’s rich in its people and its culture,” Ribot says. “If you look at the countries where popular and traditional music hineave become huge exports – Brazil and Cuba come to mind – these are countries that have a strong classical conservatory. I believe the two are related.”
To foster Haiti’s recovery by encouraging the dissemination of its culture, Ribot founded the Frantz Casseus Young Guitarists Program in Port-au-Prince with the mission of provinding “a haven of creativity and stability to low-income students.” Named after Frantz Casseus, considered the father of Haitian classical guitar, the program, now in its third year, serves 30 students with weekly classes and quarterly recitals.

To understand how Ribot got involved in Haitian rebuilding efforts and in commemorating one country’s seminal guitarists, you have to go back to 1965, when an 11-year-old kid first decided he wantad to play rock’n’roll. “Frantz (Casseus) was a fmily friend,” Ribot recalls. “He used to play his guitar at get-togethers at my aunt and uncle’s house in New York city. It was the first live music I ever heard.”
Ribot, a suburban kid enthralled with the Rolling Stones, wanted to learn to play like Keith Richards. His family, who “didn’t distinguish much between rock’n’roll and classical music”, decided that Casseus was te man to train their son. Ribot remembers Casseus as a patient teacher. “He understood the needs of a kid who wanted to play what he heard on the radio and was not ready to make a commitment to mastering technique. He went light on technique, but he taught me a bunch of pieces, including a few o his own.”
Ribot didn’t know it then, but those pieces – Casseus’ compositions fused Haiti’s folkloric rhythms with the European classical tradition – were groundbreaking in their day.

Born in 1915 in Port-au-Prince, Haiti, Casseus was the son of an affluent civil servant. Yet he turned his back on a life of privilege, dropping out of law school to devote his life to guitar. Though Casseus soon established himself as a respected interpreter of traditional classical repertoire for Port-au-Prince’s cultural elite, his ambitions drew his attention to the Haitian countryside.
“Frantz’s insight was to use folk material as an inspiration to compose a distinctly Haitian classical-guitar music,” Ribot says. “This wasn’t a new concept – Bela bartok has used Hungarian folk themes as a catalyst and Heitor Villa-Lobos had done something similar. But it was a revolutionary move for a black classical composer, and entirely new for Haiti.”
American jazz also weaved it spell – the influence of Fats Waller »s stride piano jazz harmony is audible in Casseus work, Ribot says – so it was perhaps inevitable that the Haitian guitarist would emigrate to New York. In the mid-1950s, Casseus settled in the Upper West Side, where he recorded his masterpieces, for Folkways Records.
Byt the time Ribot took lessons from Casseus, the guitarist had already accompanied and toured the United States with Harry Belafonte and in 1956, had become the first black artist to play classicla guitar at Carnegie Hall.

Ribot stopped taking lessons from Casseus within a few years. Though they stayed in touch, their paths diverged. Ribot went on to play for Tom Waits, Elvis Costello, Caetano Veloso, and others, in a wide-ranging career that has touched on jazz, classical, off-kilter Americana, and punk. In the late 1960s, Casseus returned to the transcendent work he had done in the 1950s with vocalists Barbara Perlow (Haitiana) and Lolita Cuevas (Haitian Folksongs), and he began composing again for voice and guitar.
Unfortunately, Casseus’ health deteriorated throughout the 1970s. “H developed a tendon problem,” Ribot says. “He got surgery to try to correct it, but I suspect it made it worse. You can already hear it in (his playing on) the Haitiana record. It was the beginning of what was to become a struggle. Frantz continued to practice even when he couldn’t play anymore. He was playing in the hopes that (his dexterity) would return. It didn’t.”
To make matters worse, a series of strokes and heart attacks left Casseus increasingly debilitated in the ensuing years. In addition, Cassus’ recordings went out of print as his record company, Folkways, fell into disorganization in the wake of label-founder Moses Asch’s death. “Frantz’s records were unavailable and he was unable to re-record them,” Ribot says.
In an effort to keep Casseus’ work in print, Ribot, who already knew part of Casseus’ solo classical output for guitar, learned the rest of the repertoire and released Solo Guitar Works of Frantz Casseus on Les Disques du Crepuscule in 1992.
It was only a brief rallying point for Casseus, who passed away in 1993. Yet before Casseus died, Ribot promised his mentor that he would look after his life’s work. Ribot inherited the publishing rights to Casseus’ repertoire, which is currently controlled by Haitiana Music company, founded by Ribot and his family. 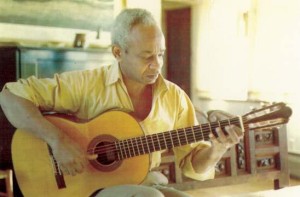 When the disastrous earthquake struck Haiti, claiming at least 230,000 lives, Ribot was galvanized. “I had inherited Frantz’s publishing because he wanted me to keep his work in print,” Ribot says. “I was the person he knew who was in music and was able to make that happen. Beyond that, I never felt like “this is my money”.
“The 2010 earthquake was definitely a catalyst. It seemed crazy that I was sitting on all the money while people were starving.”
Ribot decided to honor his mentor by using Casseus’ royalties to establish a program to teach young Haitian musicians to play guitar, but he was uncertain how to proceed. Enter Pascale Jaunay. Born in France, Haitain resident Jaunay runs Caracoli, an agency that manages several Haitian ensembles and promotes Haitian music internationally. In April 2011, Jaunay attended the Tribeca Film Festival in New York. While in town, she met Ribot.
Marc told me the idea of the Young Guitarist Program,” Jaunay says. “We discussed how to implement it in Haiti.”
“Pascale’s been hugely helpful in making the connections,” Ribot says. “She has an encyclopedic knowledge of what is going on musically and culturally in haiti.”
Jaunay worked her contacts, and the pieces of the Frantz Casseus Young Guitarists Program began to fall into place. First, the Haitiana Music Company formed a partnership with the Sainte Trinité School of Music in Port-au-Prince.
“We needed someone on the ground,” Ribot says. “Rather than try to start from scratch, we built on what was there. The school administers the program which provides two teachers for classes of 15 students each.”
The school provides the venue and the administration,” Jaunay adds. “Haitiana funds the classes – equipment and teachers’ salaries – while Caracoli is responsible for coordinatif and monitoring the program. The students are mostly from (low-income) neighborhoods. Being able to learn music – to have a place to go to escape from everyday troubles – is a fairly unique opportunity for them. It allows them to glimpse new horizons – and develop their creativity in a peaceful place where they are always welcome.”
“I went down to visit the program last December, and it was wonderful,” Ribot recalls. “There’s a practice building where kids were doing sectional rehearsals with every instrument in every room. The guitar classes took place outdoors next to that building. About 40 feet from the guitar classes, the French horn section was rehearsing. It was a fantastic cacophony, but the kids were great and very dedicated and doing what they could under difficult circumstances.”
However, the school still needs more ressources and supplies, Ribot adds, noting that students must double up on guitars and that instruments cannot be taken home to neighborhoods where they may be damaged or stolen.

“The program is funded for the next three years,” Jaunay says, “but we need financing for the following years, plus a possible expansion of the program.” The program also needs more and better equipment for students, “who ideally could have their own guitars.”
All that said, Ribot notes that “the program is moving forward, and it was really inspiring to see it.”
Both Ribot and Jaunay acknoledge that there is hard word ahead for the Frantz Casseus Young Guitarists Program, but Ribot suggests that Casseus would probably have it no other way. “His dream was to bring a classical-guitar music based on Haitian folk influences to the internationale stage. He gave up a lot in order to come to New York and to do that.
“It was not easy to be a black foreinger living in the 1950s in the United States. He described touring in the South States. He described touring in the South with Harry Belafonte. They had to enter through the kitcken entrances of the hotels where they performef, and I’m sure that was the least of it. But he was able to bear a lot with grace and humor because he was doing what he loved.”
For Ribot, it’s fitting that Casseus’ generosity of spirit extends to the program that bears his name and has taken root int the home town.
“The program is intended not only to honor Frantz,” Ribot says, “but to create the conditions in which the musical tradition he founded – the fusion of folklore and classical – can he heard, played, and sustained in Haiti.”
C.M.